Friday night we had my Birthday dinner at Tucanos.  It was very nice.  My parents, Sylvia and one of her friends came and then on David’s side there were his parents, Shelia, Lynette and Vanessa.  Tucanos is one of my favorite restaurant.  I love their turkey wrapped in bacon and their yummy salad bar.  While I was getting the kids ready to go I was telling them that we were going to go celebrate my Birthday and they said “we have to get you a present, did we get you a present?”  I told them “I don’t know you will have to ask daddy.  So Brad called and asked David.  And David come home with a dozen pink roses.  And then Lynette and Vanessa brought me flowers too. 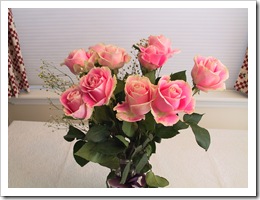 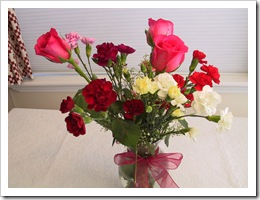 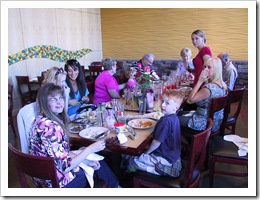 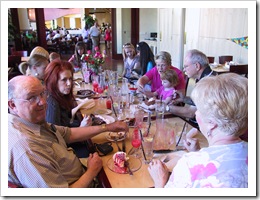 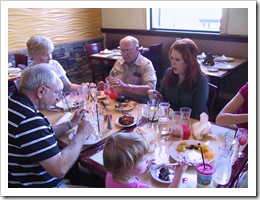 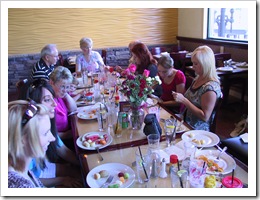 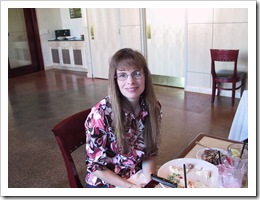 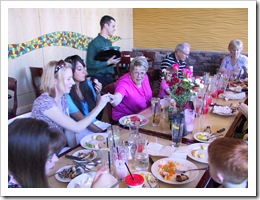 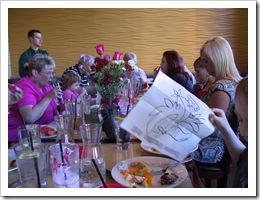 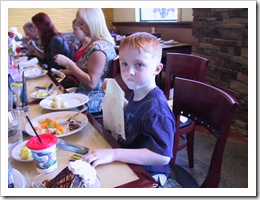 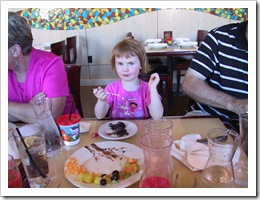 Saturday we went up to Woods Cross to help David’s sister Shelia move.  We go there at about noon and the truck that they had rented was almost full and there was still a lot of things still in the house.  So Jason, Mitch and David took the truck up to their new house in West Point to unload it.  Lynette, Mom and Dad, Sheila and the kids and I stayed at the house to pack the rest of the stuff.  After a while we got hungry so we ordered pizza we decided to pick it up because it would be fast, so we thought.  So Sheila and I went and got the pizza. She thought she knew where it was but she didn’t so we ended up going around town.  As we were driving all around town looking for the pizza place Sheila gets a call from Jason and he says that David is having convulsions and he is asking if David is allergic to any thing which he isn’t that I know of.  David stops and gets up and says he is okay.  I talked to him and he said he just got dizzy and passed out and he is going to take it easy.  So Sheila and I are still worried and we still haven’t found the pizza place but we are headed in the right direction.  We get the pizza and then call Jason to tell him that if he needs to be looked at to take him to the ER and he said that here was a lady there that said it looked like a diabetic seizure.  So we call mom and ask her to call and talk to David.  So we finally get home with the pizza.  Only an hour later.  I guess it would of been only 40 minutes if we had it delivered but oh well. 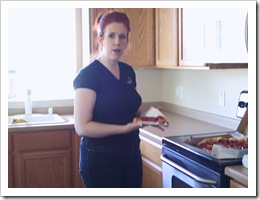 As we were eating David called me and said that he cut his head which was really his cheek and that we should get it look at.  So the boys come back to the house and we finish packing up the rest of the house and pretty much filled the truck up again.
Jason and Sheila when up to there house and we headed back home to get David’s cheek looked at.  We stopped at Wendy’s and eat and then I took David to Instacare, took the kids home and bathed them, put them to bed and went back and got David.  So right now David has 4 stitches and a black eye.  The doctor said that his fainting was a combination of just eating, heat and being tired.  He said if it happens again to get it checked out.  He also said that if we would of gotten there right after it happened he could of used sterile strips instead of stitches.