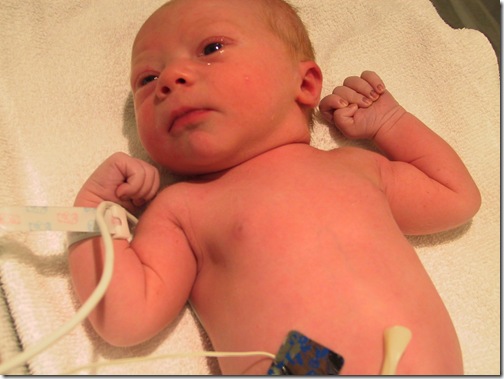 Here is his birth story.

On Saturday September 21 Dr . Yamashuro scheduled me for an induction because I was one week over due and he doesn’t like to go over one week..  At 6:00 am I called Labor and Delivery and they told me to be there and 7:15 so I hurried and took a shower and we went over to Dave’s parents house and grabbed our video camera and we were on our way.  On the way to the hospital I called my mom and told her we were on our way.  My parents were going out of town that day and wouldn’t be back until  Tuesday.  Part of me wishes that they weren’t going but there last trip was cut short when my uncle committed suicide.  Anyway we got to the hospital and they hooked me up to the monitors they said that they would monitor me for and hour then start the pitocin..  Before they started me I started having contracts.  One was about 5 minutes long and the babies heart beat drop but then I came back up.  At 9:00 they started the drip.  Then at 10:00 my doctor came in and he checked me.  At the office I was dilated to a 2 I was about the same when he check me.  He also broke my water.  When he broke it the fluid was clear put and it continued to flow out the water was green which means that the baby has pooped.  My nurse said that on a scale of 1 to 4 it was about a 2.  So when I deliver she said that they would have the respiratory therapist in the room to suck out the stuff from his lungs. After that I stated to feel pains like cramps and they were constant.  My nurse said I wasn’t even in labor yet.  She asked me if I wanted something for the pain and I told her no.  But after a while I told I wanted something and she gave me a shot of Demurral but that didn’t help.  About an hour later she came in and gave me something else for the pain and that seemed to help and little bit.  And then she checked me and I was dilated to a 4 and she asked me if I wanted and epidural and I said yes!!  The Anesthesiologist came in and gave me my epidural.  About a half an hour later the baby’s heart rate dropped again.  This time it seemed like all of the nurses were in my room telling me to move this way to do this and that.  I had no idea what was going on.  The baby’s heart rate went back up.  They told me to rest but I couldn’t.  I was shaking really badly because of the epidural.  At about 4 or 4:30 the baby’s heart beat dropped again and this time they got me ready for a caesarean.  The Anesthesiologist came in and put more drugs in me so I would be ready for the cesarean.  When they checked me I was only dilated to a 5 so my labor wasn’t progressing so they decide it was best to do a cesarean.  They wheeled me in to the operating room and deliver the baby.  Dr Yamashuro said that the baby hadn’t ever dropped yet.  I got to see Brad for a few seconds before they took him to the nursery.  He had red hair and blue eyes.  While they were finishing up the surgery I kept on getting more numb.  All of the sudden I had a hard time swallowing.  The anesthesiologist said we were almost done and that it would get better in a minute.  Well it didn’t.  It felt like I was going to chock on my saliva.  We got back to the room that I was in before and sat me up.  They had a suction and tube and sucked the saliva out of my mouth and throat.  Finally it was cleared out but I still couldn’t swallow so I just held the tube and let it suck the saliva.  I was the scariest thing it felt like I was drowning.  But when I held my sweet baby boy all of the pain of that night seemed to melt away. 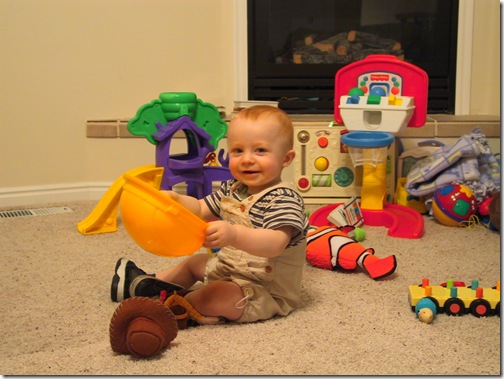 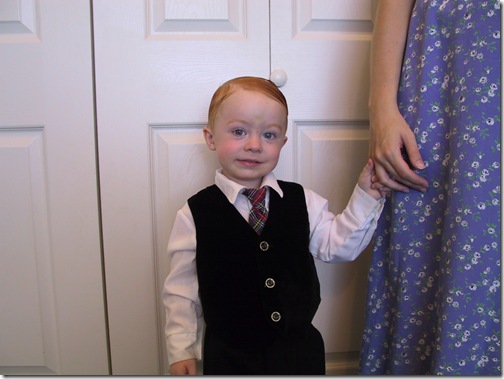 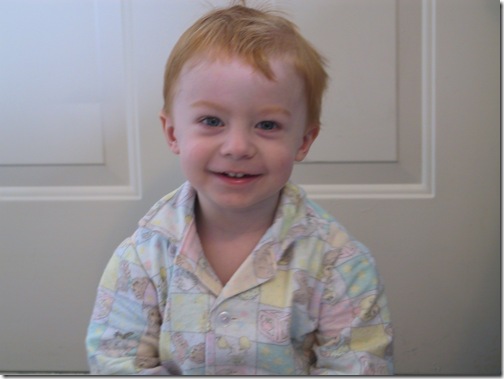 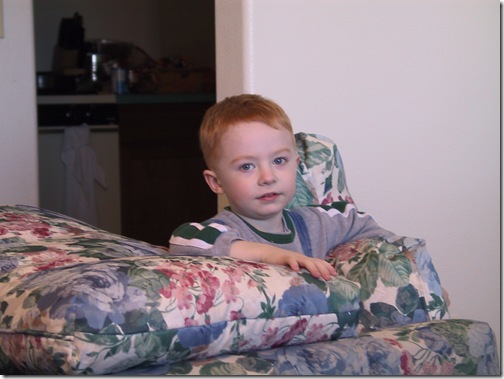 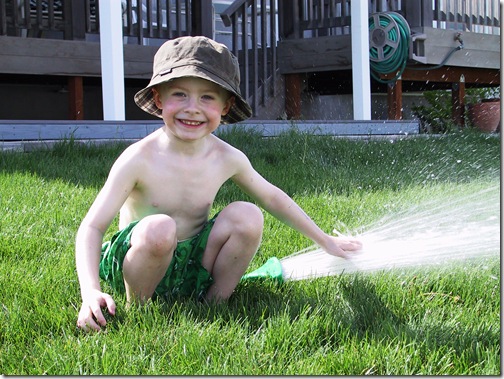 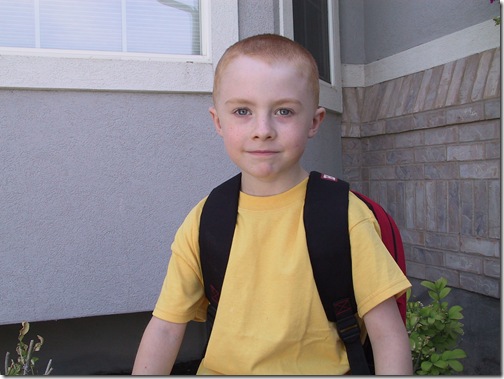