On Aug 19 I took the kids to Thanksgiving Point.  This time we went to the dinosaur museum and to the farm.  There were so many people there that we couldn’t really enjoy it that well but we had fun. I think their favorite part was digging for dinosaurs and the gift shop. 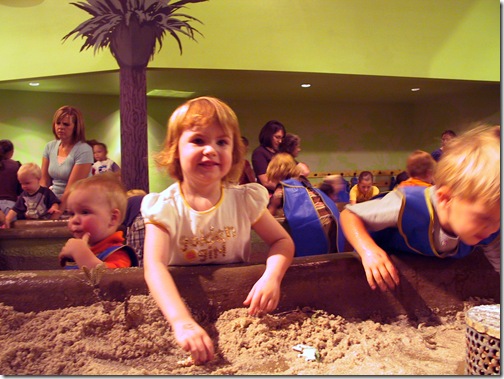 They had some sand and water that the kids could play in.  There were so many kids though that Brad just watched. 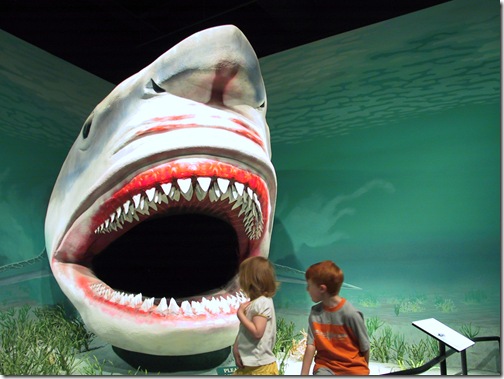 Here they are digging for dinosaur bones.  After that we went to the farm and saw the animals.  They gave us tickets to either have a pony ride or a wagon ride.  I choose the wagon ride because the line was so long for the pony ride and last time we went and rode a pony Victoria got scared half way through and I was not going to wait in that long line and have here bail out at the last minute.

Friday August 22 David had the day off.  He was suppose to have the whole week off put that is another story.  At about 5:00 we headed down to Cabela’s.  We went and did target shooting and then at 6:00 they feed the fish.  At first they were just dropping worms and then they stared to drop in live goldfish it was pretty cool.  I am kind of mad because not very many of my pictures turned out.  I thought I took some pictures of Brad doing the target shooting but I guess that I only did took pictures with the video camera. 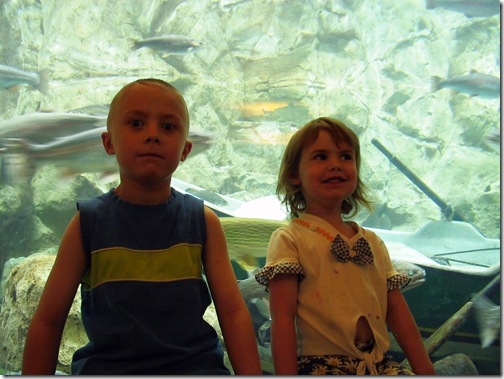 Afterward we headed back to town and went and ate at Carl’s Jr.  Then

after that we headed over to Herriman which is just west of us and went and saw “The Game Plan” in the park.  That is a cute movie.  The only thing was that it was kind of chilly good thing I had the kids coats in the van and a extra blanket.

Tuesday August 26 Brad started Kindergarten .  He was so excited. I took him the first day and then he rode the bus home.  He had been home for a little while and he say “it is really long,”  I kind of laughed.  It is only an hour longer then when he had preschool. I guess one more hour makes a difference.  I think it is so much longer to him because they don’t actually sit down and have snack time. His teacher told them that they won’t have a snack everyday and when he does get a snack it is usually one that he takes home and eats. 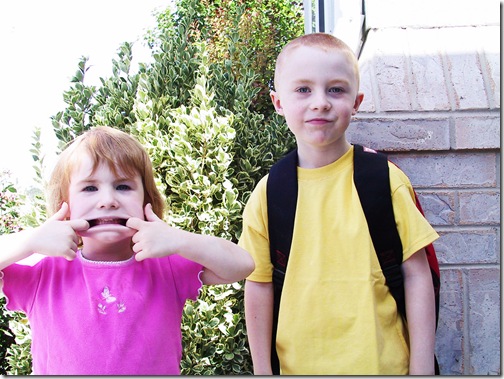 The whole time I was taking Brad’s picture Victoria was making faces at him.  lol